Originally, Ecstasy was used by young adults during parties. Today, this drug affects a wider category of consumers.

The toxicity of this drug is extremely high, which can cause noticeable effects even when consumed in low doses.

Treatment for ecstasy addiction should therefore be done in a clinic or a hospital with the help of an addictologist. This treatment also requires the collaboration of several specialized doctors, confirmed psychiatrists and psychologists.

Thanks to Turquie Santé counselors, you will find the best addictology centers in Istanbul.

The accuracy of the content has been reviewed by our Medical Commission.
Gallery (2) 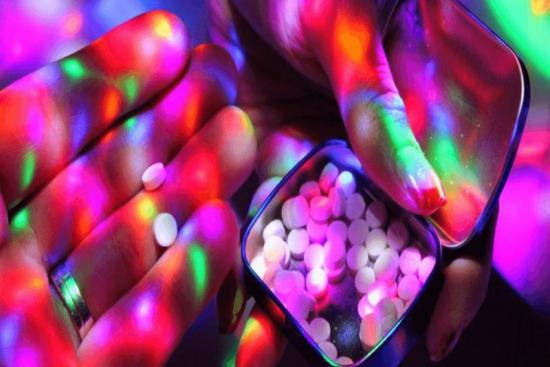 Scientifically known by the name MDMA (3,4-methylenedioxymethamphetamine), Ecstasy has the same characteristics and effects of amphetamine and mescaline. However, it may contain other substances such as:

Dextromethorphan, a very dangerous additive, can be found in ecstasy as well. It may also contain very toxic substances such as para-Methoxyamphetamine.

Commonly known as “EX”, “XTC”, “Molly” or “Candy”, Ecstasy can contain up to 50% MDMA. Its components cannot be determined precisely because it is often synthesized clandestinely.

This drug usually comes in the form of a colored pill, adorned with a small drawing representing a heart, lightning bolt or a star. It can also come in the form of powder or in pills.

How does a person become dependent on MDMA?

MDMA acts on three neurotransmitters: serotonin, dopamine and norepinephrine. Its empathogenic effects of MDMA are due to the release of serotonin in large amounts. Serotonin stimulates the secretion of oxytocin and vasopressin. These two hormones increase the sensation of love, confidence and sexual impulse.

Once the effect of ecstasy wears off, dopamine levels drop, making the consumer feel depressed and nervous.

The crash, which can be particularly irritable, causes a state of fatigue, stress and anxiety followed by a withdrawal crisis. Therefore, the consumer seeks to alleviate withdrawal symptoms by increasing the doses consumed. This way, the frequency of consumption increases and the subject becomes dependent on Ecstasy.

What Are the Consequences of Ecstasy Addiction?

The effects of Ecsta can be summarized in three broad categories:

In an overdose of MDMA or consuming a mixture of Ecstasy and alcohol, for example, poisoning can be caused. The latter is characterized by:

The increased levels of serotonin in the brain, due to MDMA, can lead to the development of serotonin syndrome. The latter is manifested by:

MDMA can worsen already existing conditions such as:

Long-term consumption of XTC can have neurodegenerative effects on neurons. This can lead to cognitive and psychomotor impairment.

Other mental illnesses such as depression or anxiety can be linked to the use of MDMA.

How to help someone addicted to Ecstasy (Molly)?

In order to help your loved one overcome his addiction, you should not belittle or rush him by rushing through the process. Above all, do not intimidate him, he will take you for a threat. These behaviors block the conversation and weaken trust. The most effective way to progress is to respect the other's tempo and be attentive to what he may be expressing. You can encourage him while relying on the support of an expert, a counselor or a specialist doctor. A consultation in addictology is just as possible.

With the help of Turquie Santé, call on an addictologist, a psychiatrist or psychotherapist for effective treatment.

Turquie Santé consultants will guide you to the best addiction treatment clinics in Turkey. These clinics have two basic principles:

As a patient, your private life will be protected. Indeed, you can submit your application and contact clinics and hospitals in Turkey without having to disclose your personal information.

patients are treated humanely. Their privacy is respected. Your stay will be very comfortable and you will feel as if you were at your own house.

Ecstasy addiction treatment at a clinic in Turkey: the steps

The XTC addiction treatment program includes two therapies which can be cited as follows:

CBT is therapy for relapses. It is to help addicts detoxify and refrain from the use of MDMA.

Self-help groups can be effective in maintaining abstinence. Group therapies are included in our therapeutic program.

Patients benefit from the support and those who are in the same conditions.

Ecsta addiction: how to avoid a relapse?

To avoid slippage that could lead to loss of control at the risk of relapse, here are our tips:

Treatment of MDMA addiction in a hospital in Turkey: at what cost

Addictology hospitals and clinics in Turkey have many years of experience in the treatment of drug addiction. As a result, their programs have proven their effectiveness over time with a high success rate. Adding to that, these establishments have accreditation from important authorities as well as several hundred satisfied patients.

Although the care offered in private clinics in Turkey is of an excellent quality, its prices are generally affordable. Contact Turquie Santé advisers for a free and personalized cost estimate.

It is a psychoactive substance that mainly contains METHYLENEDIOXYMETHAMPHETAMINE (MDMA)

Ecstasy is nicknamed "love drug" for its empathogenic (which generates empathy) and entactogenic (which facilitates physical contact) effects. Thus, it increases the sexual desire in its consumer.

This is your inalienable right. Preserving the privacy of patients is one of the obligations of professionals working in the healthcare sector in Turkey.